A roleplaying game of surreal fantasy, secrets, and magic that is truly magical. Wield fabulous powers as you uncover the secrets of reality itself.

Lorcan made a gun out of demon; its bullets only harm possessed people. On his quest to discover the long-forgotten (and perhaps forbidden) number between 12 and 13, the weapon is proving useful as the Enemies of Sleep appear determined to stop him.

Duri’s face is normally a blur of swirling spiritforms, but occasionally she can make one of them manifest, and she gains its appearance and memories. If she risks keeping the new face too long, however, she can lose her identity.

Rodir has connections all over the city, and she holds a collection of wicked keys that allow her to unlock any problem by just creating a keyhole to insert a key, turn it, and see what happens. People don’t appreciate it when she does this to them, but that’s what they get for being in her way.

Do you think you live in the real world?

You don’t. This world you see around you is Shadow—a world illuminated only by the Grey Sun. You think it is your home, but that’s because you have forgotten your true self. Awaken, and return to the Actuality and Satyrine, the city under the Indigo Sun. You are a vislae, a wielder of fabulous powers and capabilities, a shaper of reality itself. You sought shelter in Shadow to escape the war, but the war is now over and your home has called you back.

Invisible Sun is a roleplaying game of surreal fantasy.

The player characters are vislae—wielders of magical power—recently returned to their true home: the Actuality, a world that seems like a surreal dream to those of us toiling aimlessly in the boring, grey realm you and I falsely believe is the real world. These characters face incredible challenges, visit breathtaking places, and discover secrets so astonishing that the only ones who can cope with them are those who understand the truth that powers the universe: Magic.

Magic: A power that can be pursued, studied, and even mastered, but never completely understood or controlled. It is fluid, unpredictable, and ever nuanced in effect. Its secrets are boundless. But that does not mean it is without rules and methods. There are four orders, major schools of magical thought and training. Vances study their spells carefully, believing they are, in their own way, intelligent in and of themselves. Makers, as the name suggests, use magic to create powerful items. Weavers cast spells with a fluid and improvisational sort of sorcery. Goetics use their magical skills to summon demons, angels, and other creatures to do their bidding. Outside of the four orders, Apostates are vislae who find their own paths and methods for wielding the power of magic, rejecting the hierarchies of the orders.

It is a rare vislae who does not have a house. Your house is as integral to your being as your spells or character stats. The houses of vislae are often haunted, filled with mysterious unknown rooms, bigger on the inside, or possessed of their own intelligence. And in Satyrine, a house is defined as much by what goes on around it as by the contents of its walls (assuming, of course, that a vislae’s house even has walls). Local personalities, sites of interest (or danger), organizations or factions, and ongoing conflicts all affect a vislae’s house and life. And all of this is determined as part of the character creation process.

Bonds, character arcs, echoes of your life in Shadow, a secret Soul, your role within your order, and your relationship to other player characters are all addressed during character creation through a fun, interactive process that engages the entire gaming group. And leads to PCs with incredibly rich backstories, inner lives, motivations, and relationships—and a vast array of adventuring hooks.

Finally, for Invisible Sun characters, even death is not the end. For in the Actuality, death is simply the realm under the Pale Sun, another world along the Path of Suns. 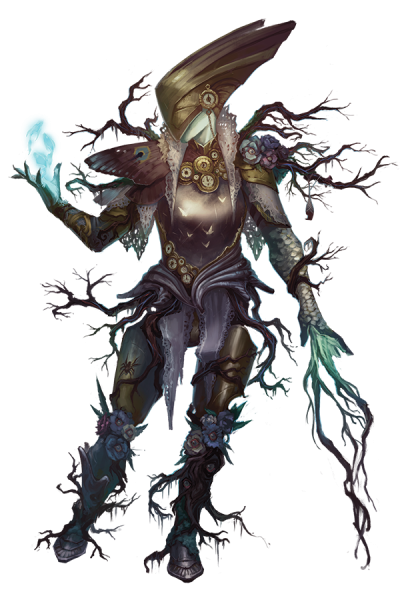 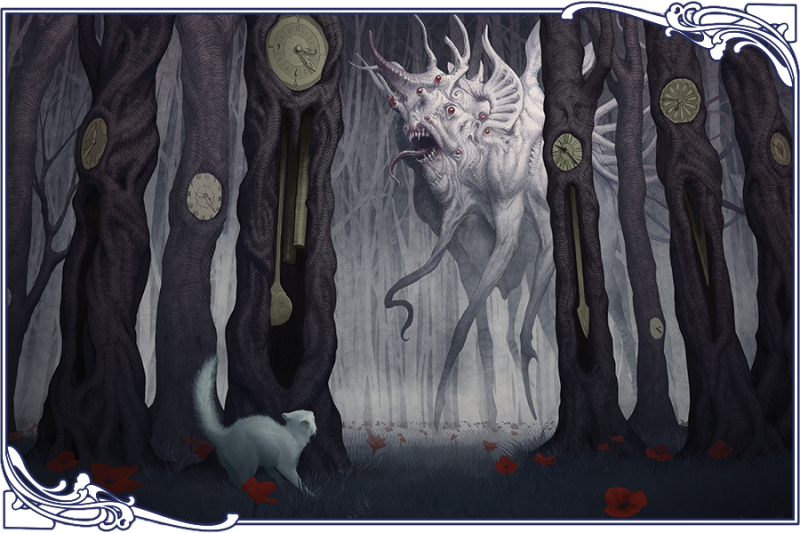 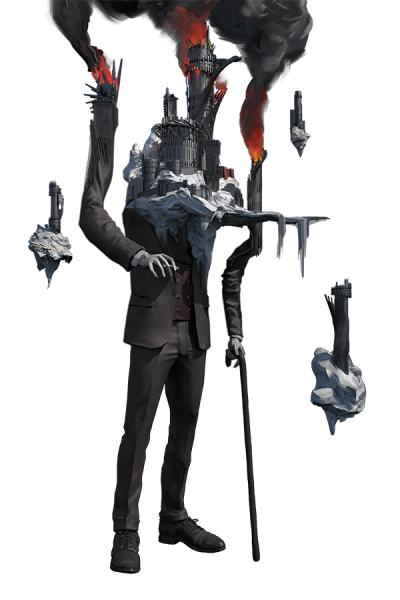 When exiled to Shadow, you probably believed there was just one sun—but there are in fact eight. Nine, actually—but even many learned people don’t know that, for the ninth is a secret. Invisible. As a vislae, that is one of many secrets you know.

The Path of Suns is a representation of the way magic works, the known levels of existence, the stages of a life, and the makeup of the mortal soul, all in one. It is a symbol. A metaphor. A diagram. A map. Each sun represents a different concept, a different “place” and a different fundamental aspect of the universe. These different concepts are signified by the color of each sun, so that color ends up representing the sun and its attendant ideals.

The suns are also planes of existence—literal places vislae can visit. Each realm reflects the nature of the sun that illuminates it, and is guarded by wardens and peopled by creatures great and terrible, mysterious and, very often, dangerous. Magical power flows like a rushing river from the Invisible Sun through the other suns. (Although the main current follows the Path of Suns, not all do.) Powerful vislae travel the Path of Suns to master these different currents and better hone their spells, but to do so they must parlay with the wardens of the Suns and face the perils within their realms.

As a vislae, you might travel the path of suns, visiting these realms, parlaying with their wardens, encountering the glories and horrors within, and unlocking their secrets. Or your adventures might never take you beyond the borders of Satyrine, a surreal city rife with intrigue and conflict following the terrors of the recently concluded war. 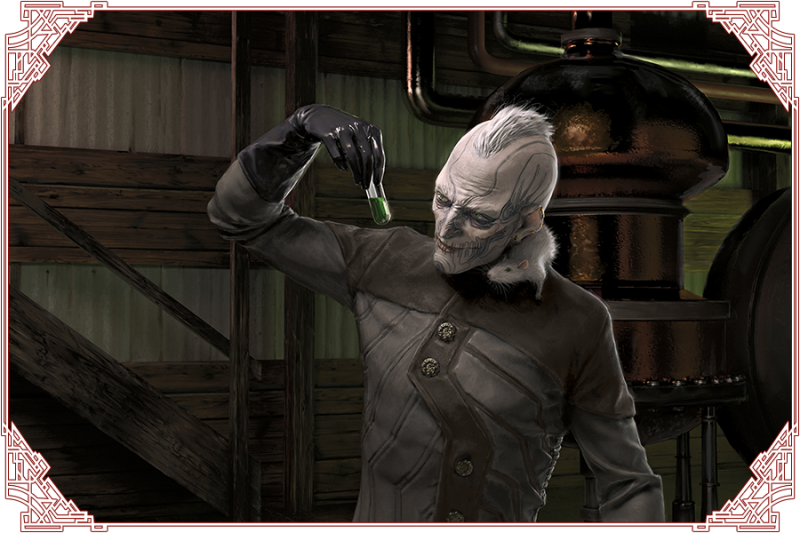 Conventional RPG game play, with everyone gathering for a few hours every week or two, is what makes RPGs a great experience. It’s also one of the greatest obstacles to a successful campaign, for our modern life rarely makes it convenient. Conventional play is the centerpiece of Invisible Sun, but the game also accommodates the realities of our lifestyles, rewards engagement with the game away from the table, and is deliberately made for differing player styles.

Players can even play if the GM isn’t available. A side-scene could involve the entire group taking an action that they discuss in person and then communicate later to the GM. The GM resolves the action(s) by giving them a turn of a Sooth Card and then responding to the players’ actions and intentions. The free Invisible Sun app, for iOS, Android, and web, facilitates these modes of play.

While Invisible Sun is aimed primarily at those of us who love deep, complex characters, there are options for when your cousin shows up from out of town and wants to join in for a session. And whether you’re an out-loud extrovert who’s happy to tell the world about your character, or a quieter player who keeps your character development mostly to yourself, the game is deliberately designed to let you get the most out of it. 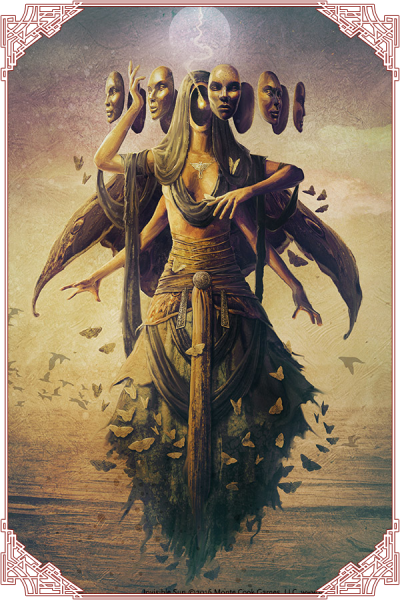 Imagine this: You’ve decided to run an Invisible Sun campaign. You’ve got the rules and setting down, and some great introductory material. But wouldn’t it be cool if Monte himself provided you with a bunch of unique ideas? And those ideas came with new artwork, maps, and handouts for your players, and even a few new clues to mysteries in the game besides? And what if, month after month, he kept sending them to you, tailoring the content to your campaign, and even occasionally sending you physical packages with even more deluxe props and cool stuff for your game?

Or, imagine this: You’re a player in an Invisible Sun campaign. One day, you go to your mailbox and there’s a letter addressed to your character. Inside is an in-world missive about some new opportunity for your character—an invite to an exclusive party, a welcome letter to a hidden society, or a love letter from a secret admirer who would like to meet your character. You show up at the next game session with this, and suddenly it becomes a part of the game, and a part of your character’s story arc.

This is the Directed Campaign, and it’s an option for Invisible Sun.

As an Invisible Sun GM, you tell us when your campaign starts, and you tell us a bit about your group. Then you’ll get access to a website with valuable content updates and discussion forums. For the next twelve months, you’ll receive a new set of PDFs and digital content with plot elements, artwork, and ideas for what could happen in the continuing story of your game. Expect enough content to keep your gaming group busy through a month of play (at a typical RPG pace). You update us with information about your players’ choices and the direction of your campaign, and your future content will be tailored to those choices and events.

But there’s more. Sometimes, this download will be accompanied by a physical package we’ll mail to you with actual game props (items the characters might discover) like a ring, a booklet, or a matchbook with a scribbled clue. You’ll get about four of these shipments in the course of the year.

And there’s even more to it than that! With your permission, we’ll also send the players (up to five) a physical message as well. Say you’ve identified your friend John whose character likes joining groups. We’ll send John’s character (at John’s address) a beautiful but mysterious invitation to come to a meeting of a secret society in the game. John will become even more immersed in the game and you’ll have a plot hook to run with!

The Directed Campaign runs for twelve months, with enough new content each month (very roughly speaking) to give your group plenty of material for weekly game sessions. You choose when it starts, in any month from Spring 2018 through Spring 2019. The content will be tailored to information you provide us about your players, their characters, and various choices or directions your campaign takes over the course of the Directed Campaign. Your Directed Campaign will not be specifically customized to you, but the content you receive will be specific to the information you report to us, and it’s entirely possible that no two Directed Campaigns will be exactly the same. 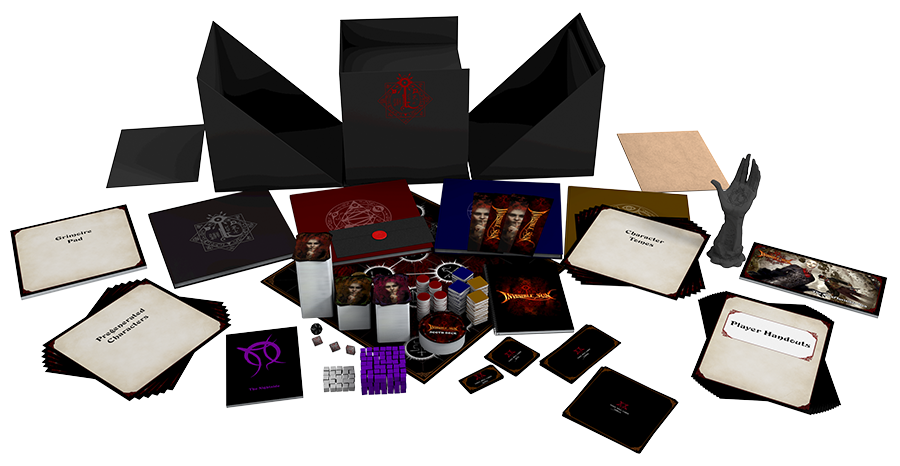 The Invisible Sun roleplaying game is filled with massive amounts of content for a unique roleplaying experience. The black cube contains (and this is not an exhaustive list):

Invisible Sun is a game about discovery and secrets. There may be other content awaiting your discovery in the black cube.